Warcraft 3 on MAC with wineskin

A few days ago, I bought Warcraft III. I never finished it before, since I didn't own the game, and lately I had this inner urge to play a game on the Warcraft series. Since going back to World of Warcraft isn't an option, I decided to rollback to the part of the Warcraft lore that is unknown to me.

Sadly after buying the game I discovered that they dropped support for the game when Apple did the conversion of their hardware from powerpc to intel. There was no way of running the mac version of the game on newer hardware, and I even contacted Blizzard support about the matter, but the answer was the one I feared: I had to use wine. This reminded me of the old days when I was a linux user and this was needed in order to play anything on linux. 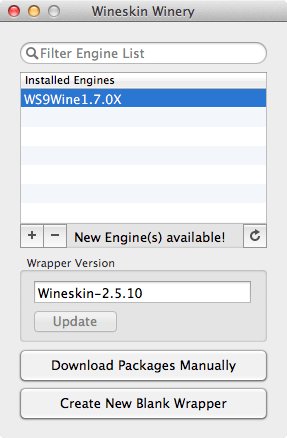 First of all, you will need to download Wineskin, as we're going to use this to "emulate" our windows environment. Also, download the windows warcraft downloaders from your battle.net account.

Execute it and download the last engine (clicking on the plus symbol) and also update the wrapper.

You should see your wineskin window similar to the one on the left.

Now you need to create a clean wrapper for your Warcraft III installation.

Just click on the "Create New Blank Wrapper" button and give it a name. I will go with "Warcraft III.app". It will ask you to install some mono/gecko libraries needed for the wrapper. Just go with it and wait until all the process finishes.

You will be prompted if you want to open the containing folder, do it since now we need to configure our wrapper.

Execute Wineskin.app, and select "Install software", on the next panel select "Select setup executable" and go to the path of your warcraft 3 downloader, that will prompt the installation menu when it finishes.

Install your warcraft as you would in a windows machine, and when you exit the installer wineskin will ask for the main executable file, select "Warcraft III.exe". After that, repeat the process with the Frozen Throne executable.

We need to tweak some things before we can play, here's what I did: 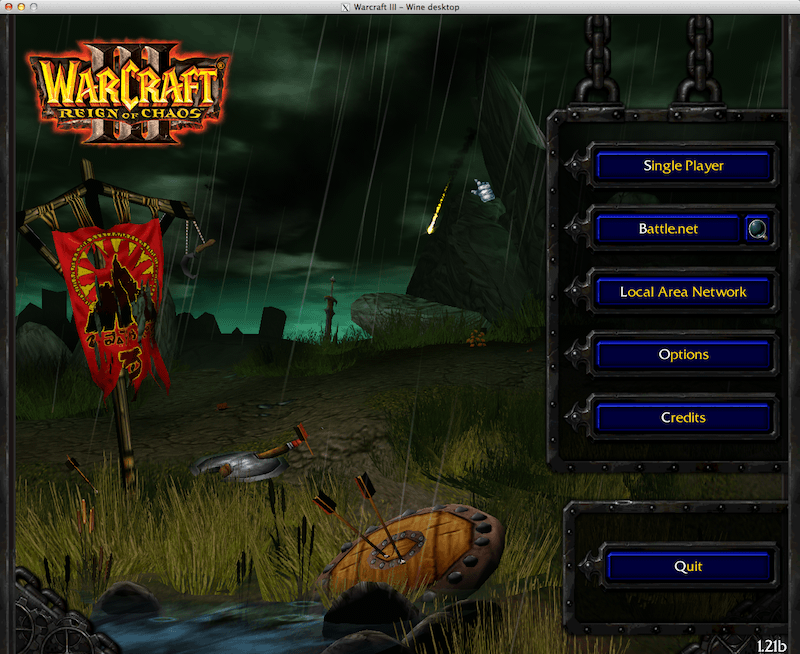 It's done! Store the Warcraft III.app somewhere if you don't want to repeat the process if you delete the game.