A month for changes! A lot of daily grind and planning new stuff for the future.

We still can't move freely around but restrictions are leaving us step by step, let's see how long it lasts here, at least I'm pretty happy that I can go to my favourite coffee shop even if it's for takeaway. After a few reluctant weeks our avocado started to rise! I'm trying to track it's growth with daily pics, but oh man it grows SO fast. 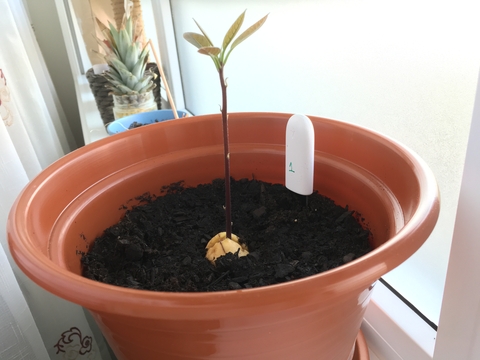 Our avocado is blooming nicely :)